Aftermath by Imaginary Images   Spike, Xander, Illyria, Dawn and a few OCs are stuck in an apocalyptic LA, Post "Not Fade Away." Spike and Xander start a relationship while trying to create order in the chaos. They have to deal with Angelus and others who want to rule what's left of the city.

All I Need by Tisienne Blue   Misunderstandings abound, along with some angst when the boys meet again and find each other to be not what they expected.

An Accidental Meeting by Tisienne Blue   Post NFA, Xander meets up with Spike by chance

Bitter Casualties by SpikesKat   Spike was the lone survivor in the war with the Senior Partners. Until he found Xander

Bordertown by Gabrielle   It's been five years since Anya died, but Xander doesn't get to mark the occasion by drinking alone

Dream of You by Tgray   Xander's expensive escort bears an uncanny resemblance to Spike, dead now these three years.   wip

English Rain by Sorrel   Spike returns home to England after the battle in LA, and finds peace in the arms of a man as changed as he.

First Learn to Love One Living Man by Scribe   A confused, amnesiac, and quite, quite human ex-vampire shows up on Xander's doorstep.   wip

Fragments by Shadowscast   Xander and Spike are both a little bit broken; maybe they can help each other

Ghost in the Machine by Josie H  Post Black Thorn and final AtS - The PtBs screw with Spike yet again.

Gone Mental by Whichclothes   Post-NFA. Spike ends up in a mental hospital.

Good Guy, Bad Guy by Cordelianne and Reremouse   Post-NFA, Xander's working with the Council and Spike's working with Angel. Somehow they keep running into each other.

Haunted by Mwrgana   Spike and Xander are sent to investigate spectral disturbances in an old country manor in England.   Set in The Ripper Files verse.

He Waited by Vichan   Xander finds out Spike survived the destruction of Sunnydale too late, or is it?

Hot for Teacher by Whichclothes   Several years after Sunnydale, Xander discovers that Buffy has hired a new teacher for the Slayers-in-training: an Englishman who tortures his students with terrible amounts of work. Can Xander find a way to make the teacher relax a little?

Hunted by Strickensgirl  After the battle against Wolfram and Hart, Spike's life is a mindless routine of helping Angel fight the lingering evil in LA and Buffy train new Slayers until one day...  Preview

Learning to Live Again by Darkling Dawns   After eight years of adjustment after adjustment, Xander couldn't help but think that he'd earned a little downtime

Leather and Lace by Josie_h   Illyria took her Pet back with her after the Fall. An old friend found him. Given time, they both might just rescue each other.

A Love/Hate Sorta Thing by Vinniebatman   Spike hates her

Love or Something Like It Savoy Truffle   A year or so after 'Not Fade Away', the Scoobies have regathered in Phoenix and Spike runs into Xander in a bar. They keep running into each other.

Misunderstandings by Piksa   Xander arrives in LA on council business

Post-Apocalyptic Trends by Crazydiamondsue   Set post “Not Fade Away.” Spike and Angel have Shanshu’d and Giles brings together ‘The Men Behind the Slayers’ for a retreat, where discussion on recent research trends yields sadly literal results. Warning: Mpreg and references to Spike/Angel and Xander/Angel.

The Prisons We Make by Whichclothes   10 years after the fall of Sunnydale, Xander hears that Spike is on display at a tourist trap.

Real by Nash   After the end of season 7 Xander got to working for the new Council. One day he gets a very unexpected guest.

Rebuilding Sunnydale by Little Tenshi   Sunnydale is about to be rebuilt. Xander is working for the construction crew

The Reflection Series by Tisienne Blue   Spike gets a surprise after the final battle in L.A. So does Xander.

Rescued by Singedbylife Takes place nine years after As5. Spike was captured during the battle in LA and has been trapped in a demon brothel ever since. When Xander finds out, he decides to help.

The Smallest Mask by Whichclothes Xander is bait. Who will he catch?

Snow by Spank Spike   Spike has something to tell Xander

Sock Puppet by Shadowscast   A couple of years post-NFA, Xander is living a very ordinary life in L.A.. He has a job, an apartment, a boyfriend. However, the arrival of a figure from his past (okay, who am I kidding—you all know it's Spike, right?) throws everything into question.

This Time by Estepheia   This time he’s not too busy or too proud.

Through the Looking Glass by Kimberly   Xander follows a Spike look-alike all over town, only to discover that it actually is the supposedly-dead vamp ... and that Spike's working as a "dancer" in a gay peepshow.

Tin Soldier by Kyrieane   Post Angel S5. When Spike reappears after the final battle, there's only one place he wants to be

True Strength by Wolfshark   Post NFA, Spike is taken by the military and broken. Xander has to put him back together

Truth and Sacrifice by C. Woodhaven   Spike and Xander are forced to team up with Tara, an ancient and powerful demon witch.   wip

Twice Bitten by Whichclothes   Spike and Xander are with Angel in LA. They have a number of issues to deal with, though, including Xander's werewolf bite, Lindsey in the basement, and Wolfram & Hart. Sequel to Hard Bitten

TumbleTurnOverflow by Tabaqui   Post shanshu, and Spike is not coping with the limitations of being human.

Unbreakable by Fanbot  Five years after "NFA." Xander went missing for a long time, until Spike found him. Now, Spike must help Xander recover from long, hard years in captivity

The Untimely Demise of Miss Edith by Noandwhere   Spike needs to talk to Xander about Drusilla's death.   on hiatus

Watching by Apreludetoanend   Giles dumps a struggling Xander off at Spike's place. We move on from there. 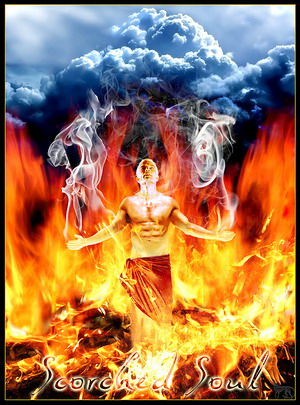