Another Victim by calikocat   Xander didn't answer but instead glanced over at Willow. "I think I'll take the Male demons over the female any day of the week."

Away by Randy Sex Kitten   Xander takes a dare.

The Expanding Universe by Yin Again   Spike had a thing for dangerous and mean and hot, and that thing was located in his pants.

Hidden Miscellanea by Emella   It started off with hiding

Holy Palmer by Lady Cat   Xander reflects on his past encounters

It Started With a Kiss by Skargasm   Sometimes it's not what happens during the game that you remember...

Just One Kiss by Nash   Xander wants a kiss.

Kiss by Estepheia   Spike gives Xander the kiss of life

Kisses by Kyrieane   'In a world where words are so easily misconstrued, kisses are eloquent'

Proof by Lady Cat   Dawn's known about them for weeks now.

Really Not Bad by Eyezrthewindows   Human AU. Xander's at the mall minding his own business when someone comes along and just...totally rocks his world

Spring Break by SunnyD-lite   Anything can happen on a road trip. Human AU

Unexpected by Beamer   It was nothing like he expected

Some of these stories were inspired by this videoclip 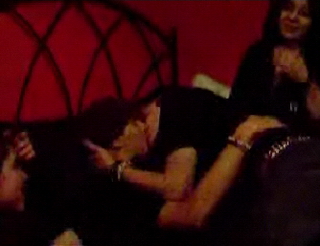